The gorgeous pygmy sperm whales have only been recognized as a species since 1966.

Like dwarf sperm whales, pygmy sperm whales have an unusual trick. To throw potential attackers off guard, they eject a reddish-brown cloud of intestinal fluid in the water before diving and making their escape.

The strong bodies of pygmy sperm whales glide through the water with ease. Leading the way with squarish heads, they have small, underslung jaws that contain between 9 and 16 pairs of teeth in the lower jaw and up to 3 pairs in the upper. Breathing through single blowholes that sit slightly askew on their heads.

In terms of colouring, pygmy sperm whales sport grey to blue-grey hues on their dorsal sides which gently fade to white, pale pink or pale blue bellies. They have circular patches of white in front of the eyes, whilst the eyes themselves are circled in black.

Pygmy sperm whales are slow, considered swimmers who take life at their own pace alone or in groups of 6 or 7. They’re not often seen in the wild and when they are, they are usually seen ‘logging’ which involves resting on the surface of the water. Floating motionless to recharge their proverbial batteries, their backs and heads are visible, whilst their tails hang limply in the water.

Once they are ready to move on, pygmy sperm whales sink like stones below the surface, unlike other cetaceans who prefer to roll. They breach occasionally and aren’t overly comfortable in the presence of humans, only ‘allowing’ boats to approach when they are resting. They are not especially vocal but it is believed that they use echolocation clicks to locate their food. Because they are rarely seen in the wild, most of the information we have about pygmy sperm whales has been amassed from stranded individuals.

What do they pygmy sperm whales eat?

Being very little-studied compiling a true picture of what they eat is pretty difficult however it is known that they eat a variety of fish, octopus, crab and shrimp.

Where do pygmy sperm whales live?

Pygmy sperm whales are most at home in warm, deep water and have been spotted in all temperate subtropical and tropical seas. Whilst they are not killed commercially, they still aren’t free from the hunters’ grasp and small numbers of pygmy sperm whales are taken in coastal areas.

Like many marine mammals, they are thought to be particularly affected by environmental change, marine pollution and debris and anthropogenic noise.

Is it a shark?

Pygmy sperm whales have false gills behind their eyes. This intriguing feature is quite possibly an adaption that helps them to mimic their main predators, sharks.

We do not currently have any images of pygmy sperm whales. 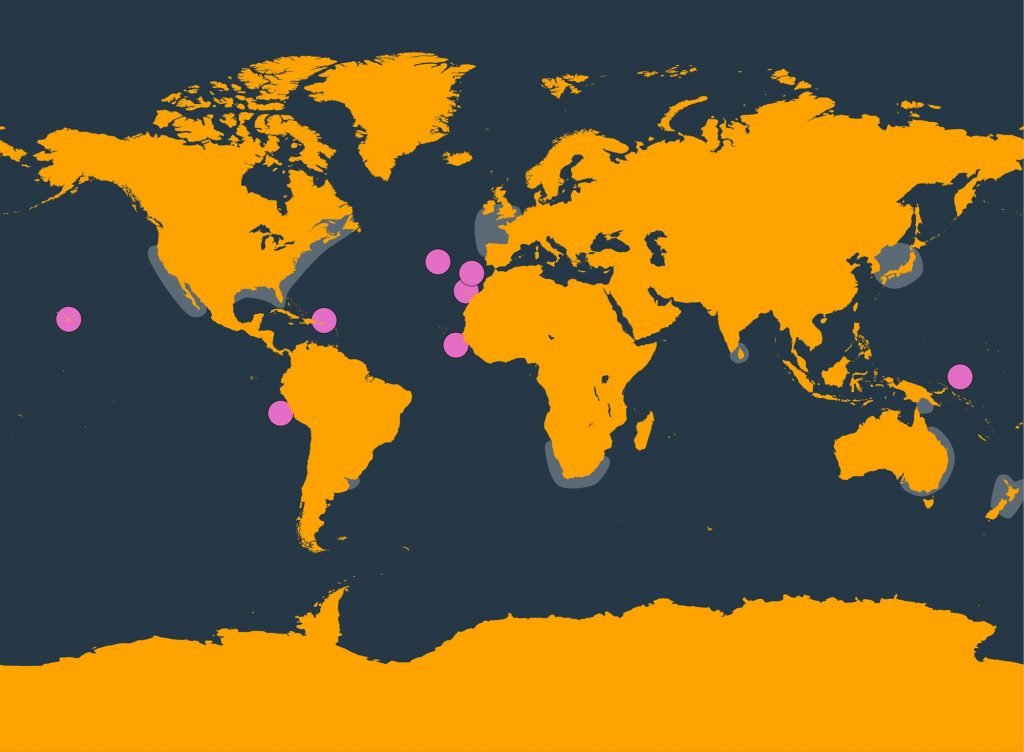 You can help save pygmy sperm whales...

By supporting WDC, you can help pygmy sperm whales to live safe and free. Together, we can: