A new scientific paper calling for more protection for a population of Risso’s dolphins living in a ‘hotspot’ around Lewis in Scotland has been published ahead of the Scottish government public consultation on this and three other proposed protected sea area sites.

The paper, produced by WDC and published in the Journal of the Marine Biological Association of the UK, reveals for the first time that individual Risso’s dolphins are returning to the same spots in one of the proposed sites (off east Lewis in the Scottish Hebrides) each year and have been for at least 12 years, making this the longest site fidelity evidenced in UK waters for the species.

Risso’s dolphins are vulnerable to noise pollution, and this particular site (being considered in terms of protection for marine wildlife) lies within one of two UK military exercise areas.

Octopus are likely to be a primary source of food for Risso’s dolphins, so activities in the area that might affect their prey, such as scallop dredging, which ploughs the seabed where the octopus are protecting their eggs and feeding, might be expected to affect the dolphins too. As no data has been collected on this to-date, it is hoped that protecting the area will enable the government to prioritise data collection on this.

‘Our research highlights a unique discovery and a very significant reason for this particular proposed site to be officially made a protected area. It is the only known location in Scotland that Risso’s dolphins rely on to feed and bring their calves and return to again and again, month after month and year after year’, says Nicola Hodgins, WDC policy manager and one of the paper’s authors.

The high sightings rate of calves in this persistent ‘hotspot’ for Risso's dolphins was identified using data collected by WDC since 2010 in the area, with dolphin sightings occurring year-round, and peak numbers recorded between May and October.

One hundred and seventeen individual dolphins, recognisable from photographs, were catalogued from 2010-2017 in the waters around east Lewis. Calves, including new-borns, were recorded in more than a third of encounters, one of the highest rates anywhere in the world.

Some individuals return to the area repeatedly, with some photographically captured in up to six of the eight survey years.

‘This is a globally important opportunity to recognize and protect relatively undisturbed Risso’s dolphin habitat,’ said Erich Hoyt, WDC research fellow. ‘But to make it work we will need effective management.’

Risso’s dolphins are classified as ‘Unknown Conservation Status’ at UK and EU level. Their physical appearance is unique and the numerous scars, from their major prey, squid, and made by other Risso's dolphins, give them peculiar, scratch markings.

WDC provided initial evidence and proposed the Lewis MPA with other conservation groups in 2011. The evidence gathered supports the ongoing use of this proposed MPA by Risso's dolphins as a feeding and nursery ground. 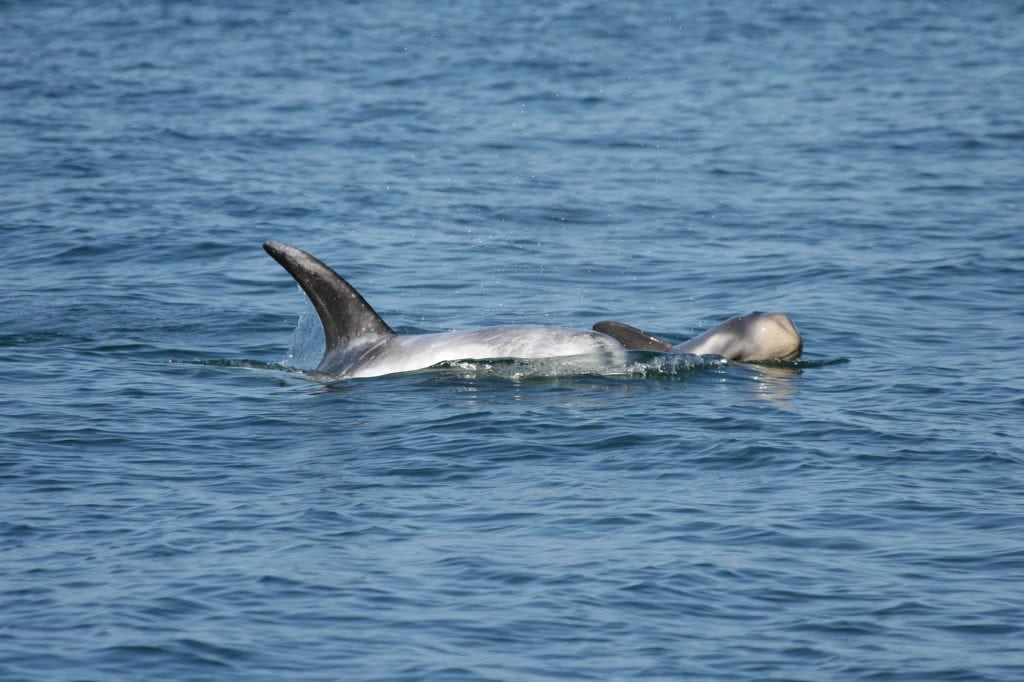