On the morning of Saturday, September 22nd, Morgan gave birth. An orca being born should be a happy event, but no one is celebrating, except perhaps those that will make money from exploiting this new little calf.

Let’s explore why this not good news.

In November 2011, a wild orca from Norway was shipped to a marine park in Tenerife in the Canary Islands. Morgan, as the young female was called, had been found alone and malnourished off the coast of the Netherlands in 2010 and taken to the dolphinarium in Harderwijk to be nursed back to health and then released back into the wild.

Subsequently, however, and the subject of much controversy, Harderwijk then announced that she wasn't suitable for release. A long court battle began. Orca experts from around the world developed a multi-stage release plan for Morgan, including the option of a long-term sanctuary, but this wasn't recognised by the courts in the Netherlands. Instead, Morgan was shipped to Tenerife where she is held in captivity at a theme park called Loro Parque, together with five other orcas.

In April 2018 the District Court in Utrecht, Netherlands, ruled that Morgan’s transfer to Loro Parque was legal. The Free Morgan Foundation had requested the annulment of the transfer permit due to controversy about the purposes the transport was allowed for - her transfer was justified for scientific purposes, yet shortly after arriving at Loro Parque, Morgan was used in shows. Then, in December 2017 it was announced that she was pregnant and this weekend she had her baby.

Apart from the fact that her calf is destined to live a short life in a tank, this perpetuates the cycle of orca captivity. Morgan’s calf is unlikely ever to be a candidate for release, because he or she (we still don’t know) will have mixed genes - the male orcas at Loro Parque are of Icelandic origin while Morgan comes from a population living in the waters off Norway. To make things even more difficult, Morgan wasn't with her family group in the wild long enough to learn how to raise a calf – she was practically a baby herself when she was taken into captivity. Previous calves born at Loro Parque have had to be hand-reared by staff (one died) and also Loro Parque claims that Morgan is deaf.

On June 19, Free Morgan Foundation chair, Dr. Ingrid Visser and lawyer, Matthew Spiegl travelled to Brussels to speak to Members of the European Parliament  about the lack of clarity involved in the process of issuing permits for individuals like Morgan. It is hoped that the introduction of a requirement to clearly state the reason for such transfers would prevent similar trade in orcas and other protected species between EU Member States.

What has happened to Morgan, and now her baby, is a tragedy but one that we hope will never be repeated. 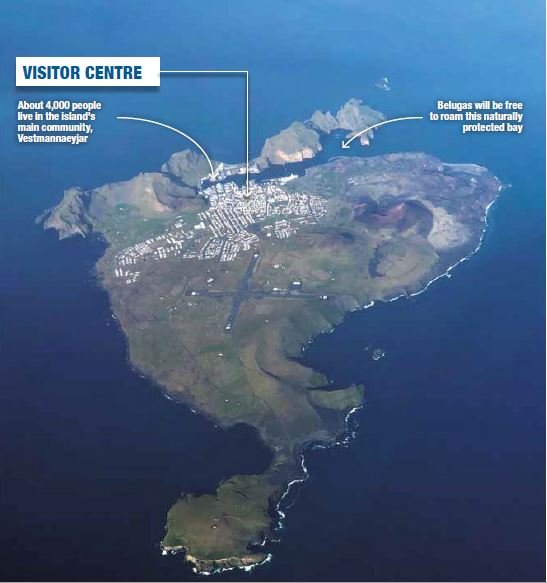 What can you do?

Whales and dolphins continue to be captured and imprisoned in marine parks around the world for one reason: they make money for big corporations. Help fight for whale and dolphin freedom today.

If you'd like to make a donation to help fund our work to end captivity forever, we promise to put it to work straight away.

There are more than 3,000 whales, dolphins and porpoises held in tanks. If we want an end to captivity, we need to find somewhere for them to go. Find out more about our ground-breaking work to create the first beluga whale sanctuary in Iceland.

Find out more
Posted in Blogs & Articles and tagged captivity